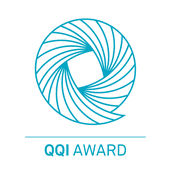 Information Note in Relation to the Granting of Exemptions

At the moment a significant amount of learners are eligible for exemptions for modules completed prior to the instigation of the Common Awards System. This eligibility will change on the 12th of December 2015.

What is an exemption?

An exemption may also be awarded where the learner has completed courses at a level higher than the current proposed study. For example, if a learner has a level 7/8 degree they can automatically apply for an exemption in communications at level 5 as the training already undertaken has been at a higher level.

How to Claim an Exemption

If a learner has modules completed which they need to claim an exemption for, a copy of their certificate must be submitted to the office and then the administrative staff will process the exemption on the QQI website when the learner is due to achieve a major award and only at this time. There will be no certificate issued for the exemption.

If the learner has completed CAS modules with another training centre, they do not need to claim an exemption for them.

If learners have not advised us of their request for exemption or if their information has been deemed invalid, the exemption cannot be processed and so the learners will be required to repeat that module.

After the deadline, only learning which has been undertaken in the previous five years will be considered eligible for the claiming of an exemption. If the training took place more than five years previously, the module will have to be repeated.

Please also note that in order to be eligible for a major award, learners must complete a minimum of one CAS module.